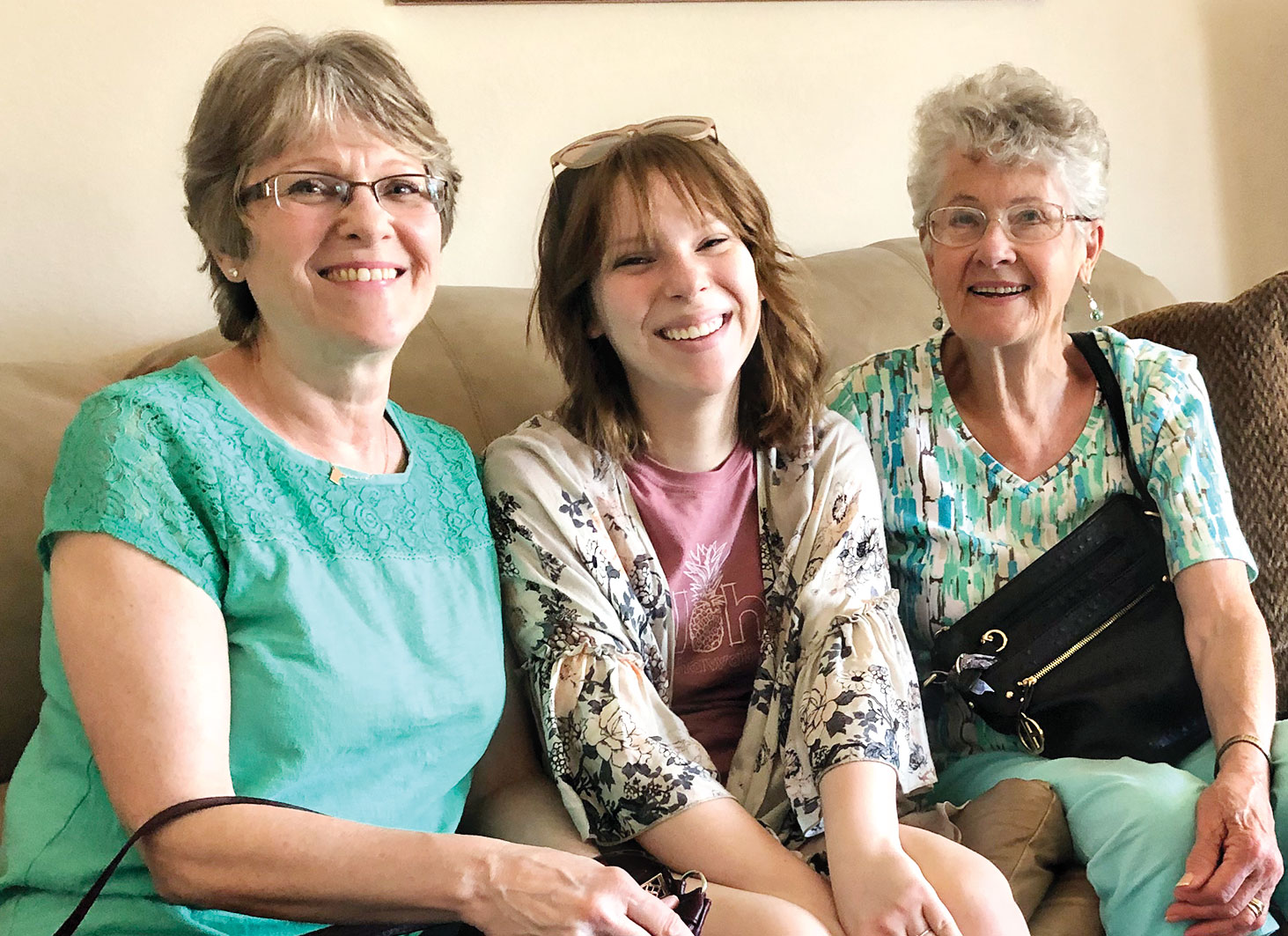 Stopping at a friend’s home during her daily walk is Edna Ellofson with her daughter Julie and granddaughter Amanda from Minnetonka, MN.

If you see Edna Ellefson biking, walking a mile a day in SunBird or at daily exercise, you would guess she is less than 80 years old. But those years wouldn’t add up if you knew she has 30 great-grandchildren (and counting), 23 grandkids and 5 children. Many of them come from different states to visit in the winter while she is at SunBird.

Three of her daughters came from North Dakota and Minneapolis this summer, and a great-granddaughter of six years even flew alone from Minneapolis. Only one daughter, Kay, couldn’t come — she is a missionary in Africa. When Edna is nostalgic for her and others, she connects through Facebook on her iPad.

Edna’s son Loren owns a home in Fulton Ranch and her home on Indian Wells. He and his wife fly here with Edna during the winter months from Milnor, ND, where they live near her on the farmland of his parents. She now lives in her home in Milnor, a town of 650 residents, which has seen four blizzards and seven-foot snowdrifts this winter.

Between visits, Facebook, puzzles and a daily 15-minute nap, Edna

bakes homemade bread, banana bread, brownies and lemon meringue pie for coffee with friends. She recalls the Jersey cow she milked daily, babies and farm work, and she can’t believe the good life she lives in Milnor and SunBird.