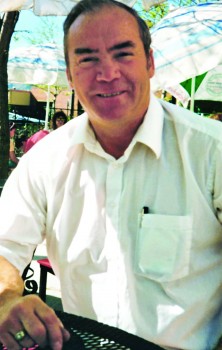 The Celebration of Life services for Melvin Henry Dosco will be held in the SunBird Ballroom on Saturday, November 14 from 1:00-3:00 p.m. All of Mel’s and Marie’s friends are invited to attend.

Melvin was born in Craik, Sask. Canada on May 19, 1936. He passed away on April 22, 2015 at the age of 78. Mel was predeceased by his father and his mother, Henry and Muriel Dosco, and his two brothers, George and John and one sister, Elizabeth. Mel and his first wife, Sherry, have one son, Kyle, and two daughters, Carmelle and Cressey, along with eight grandchildren.

Mel attended agricultural college and also electrical college. He spent 36 years as a custom harvester working from Texas into Canada. He loved his work and also the travel aspect of it. He was pretty much a “jack of all trades” kind of guy. He also loved the RV life.

Mel and his wife, Marie, moved to SunBird Resort in August 1997. They celebrated their 26th wedding anniversary in March. Mel enjoyed many social events, along with golf which he took part in over the years. He was very sociable and enjoyed puttering in his garage and very few people ever got past the house without him wanting to visit with them. Mel was also a handyman when someone needed a golf cart repaired, or almost any other type of mechanical equipment.

A reminder of Saturday, November 14 from 1:00-3:00 p.m. Come and celebrate Mel’s life in the style he always enjoyed. Comments on Mel’s life and experiences would be appreciated. There will be a cash bar with snacks and coffee and desserts supplied by Kare Bears.