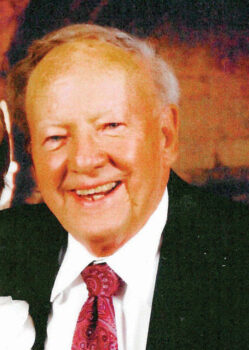 After high school graduation in Bisbee, Bob joined the Army. Upon returning from service, he attended the University of Arizona in Tucson. He married a hometown Bisbee girl who passed after 40 years of marriage. They enjoyed their three sons.

Upon graduation from the University of Arizona, he was hired by IBM where he was employed for 30 years. He was transferred many times and also traveled weekly for his work.

When Bob retired, he enjoyed golfing, reading, fishing, dancing, and spending time with his friends.

Bob and his wife Shirley moved to SunBird in 1996 where he was active with the HOA and very happy.

The family would like to thank all for the prayers and condolences. It means so much.

A Celebration of Life will be held on Monday, Oct. 10, in the SunBird ballroom at 11 a.m.