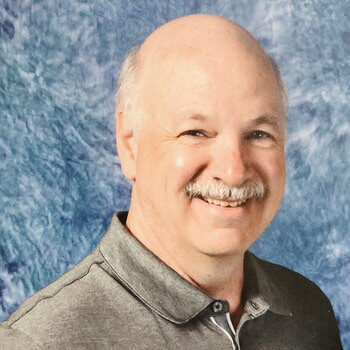 Edward Boone Simson, 61, of Chandler, Ariz., passed away at home on Nov. 9 following a brief illness. He was born in Oneida, N.Y., on Feb. 5, 1960, to Edward and Ina Simson. He was the seventh of eight children.

Ed graduated from Oneida High School and received an Associate of Arts and Sciences in Business Administration from SUNY Morrisville. He married Eileen Durant on May 23, 1981, in Oneida, N.Y.

Ed had a career in sales management and later as a specialist in life and health insurance. Ed moved his wife and children from Central New York to Arizona in 2003. He loved Arizona’s mountains, deserts, and natural beauty.

Ed was an integral part of several churches through his lifetime, often volunteering as a church musician. He had a passion for music, playing guitar since age nine and writing songs through his adulthood. As he grew in his Christian faith, Ed wrote music and lyrics inspired by Scripture and his relationship with Jesus Christ. Ed was a member of Arizona Community Church in Tempe and had a heart for helping people. He was a skilled handyman, using his talents for home improvement around his own house and to help family, close friends, and neighbors. He loved telling jokes and funny stories and will be remembered by friends and family for his hearty laugh.

Donations in memory of Ed can be made to the Guitar Center Music Foundation, which supports music education programs nationally by providing those in need with instruments and by advocating the benefits of music education (guitarcenterfoundation.org).