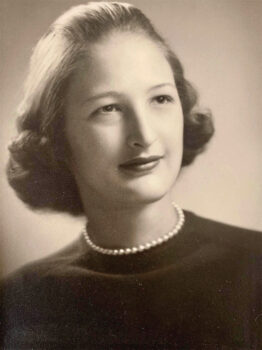 Julie Ann Hartog, a longtime resident of SunBird, passed away on Nov. 25, 2020. Julie grew up in Beatrice, Neb., and attended Doane University in Crete for two years before earning her Bachelor of Education from William Penn University in Oskaloosa, Iowa.

During her senior year in high school, she met the love of her life, fellow classmate Larry Hartog. It was to be one of life’s true love stories, as they celebrated 60 years of marriage this past September. They began their married life in Chicago where Larry completed college, later moving to Iowa, and eventually making their home in East Wenatchee, Wash. Julie’s love of children was a running theme in her life. In East Wenatchee, she began her 26-year career as an elementary school teacher with the Eastmont School District. Outside the classroom, she was part of the Youth Leader’s Club at the Wenatchee Valley YMCA, where Larry served as executive director. As an Elder with the Eastmont Presbyterian Church, she taught Sunday school. Even in retirement, Julie returned to the classroom, frequently volunteering in her granddaughter’s classes.

Love of family was the catalyst for her and Larry’s move to Arizona in 2002, where they could be close to their daughter Anita and her family. One of Julie’s greatest gifts was that no one she met remained a stranger for long. This love and openness she had for people, along with her desire to contribute, made it inevitable that she would soon become active at SunBird. She served as chair of the SunBird Kare Bears, and facilitated memorial receptions for dozens of families over the years. Her deep Christian faith and belief in the power of prayer led her to start a weekly prayer group in SunBird—a group that continues to thrive now, 15 years later. In addition to her service to others, Julie received the same great love she gave to this world. She was able to spend her final days exactly as she wished, at home surrounded by her immediate family, her favorite pastor, and a few close friends.

At Julie’s request, given the current pandemic, there will be no services. A small family gathering will take place sometime later this year in Nebraska where she will be laid to rest. Larry and family have appreciated the outpouring of support from the SunBird community. In lieu of flowers, the family requests donations be made in her name to St. Mary’s Food Bank in Phoenix. 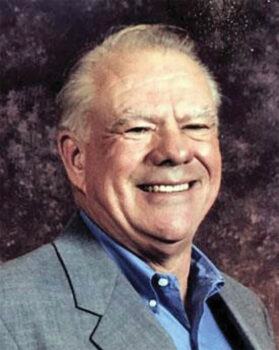 A U.S. Army veteran and Arlington Heights High School graduate, Reinhold “Ron” Krambeer worked hard to provide for his family. He loved to drive and put that to work as a milk truck route driver, a school bus driver, and most of his career as an owner/operator hauling sand and gravel in the Chicago metropolitan area. He raced cars at Great Lakes Dragway, cruised in his red Corvette, and most recently tootled around in his 1931 Model A. He enjoyed his retirement the most, because he could be with friends who enjoyed traveling to Europe, Alaska, and around the U.S. No matter if he was in Illinois or at his “snowbird” home in Arizona, he always found time for a round of golf with friends and family. Ron would be an “old softy” whenever someone appreciated his work or talked about his grandchildren. His sidekick Sara made him laugh and melted his heart.