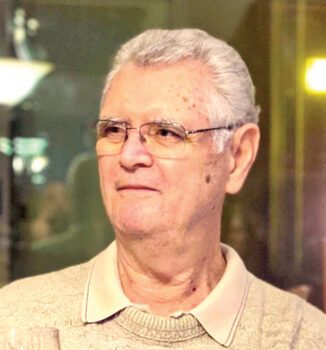 Terry was born on Sept. 16, 1941, in Washington, D.C., to Charles Edwin Eade and Vivian Frances Eade, nee Ostrom. Terry attended the Rochefort American High School in France, the Taipei American School in Taiwan, and several schools in the United States. He earned his BA in economics from Central Washington University in 1965 and joined the United States Air Force as a 2nd Lieutenant. He earned his MBA in business administration at the University of Utah in 1970 and moved back to Washington where he honorably served as a reservist in the Air National Guard for 16 years, achieving the rank of Major and serving as the commandant of the Leadership Academy. Terry earned his PhD in higher education econometrics in 1977 from the University of Washington and worked as controller at Highline Community College and as vice president of Yakima Valley Community College. Terry spent 13 years working as the assistant superintendent of Central Kitsap and South Kitsap School Districts, where in 1990 he met and married Sharon Paul and went on to work as the Director of Education and Training of the Electronic Commerce Resource Center (ECRC), where he retired in 1997.

Terry was a snowbird, living in both Chandler, Ariz., and Port Orchard, Wash. He enjoyed a life of leisure and productivity on golf courses at Gold Mountain and SunBird Golf Resort and as an active poker player who enjoyed spending his retirement at “the office.” He enjoyed traveling, motorcycle trips, going on cruises, spending as much time as possible with family and friends, and could always be heard saying, “That reminds me of a joke.” Terry was a consummate humanitarian as well as an intellectual. He was a prolific author and illustrator with titles including Dave’s Adventures in the Afterlife, The Last Minute Manager, The CATaclysmic CATastrophe, and The Frightening Fruition of Frumpism. A career that continued in retirement, Terry became senior partner of the Alternative Engineering Associates and was most proud of his work as the co-founder and inventor of the patented Orca Wave Energy System.

Due to current pandemic restrictions, additional planning time is required for a future Celebration of Life. Terry will be honored at the National Cemetery in Phoenix, Ariz., date and time to be determined. In lieu of gifts or flowers, donations in his name can be made to Hospice of the Valley, www.hov.org/locations, or the Chronic Lymphocytic Leukemia Global Research Foundation, cllglobal.org. 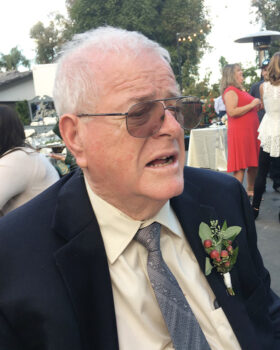 Melvin Huser was a resident of SunBird since 2010. He died July 12 from the coronavirus. Melvin was born Aug. 6, 1937, in Syracuse, Kan. He taught math and science and coached in Nebraska and Colorado and ended up in Bakersfield, Calif. He also owned a construction company for a number of years.

Melvin was married to his high school sweetheart Imy for 53 years before losing her to cancer. He is survived by his three children: Kim and Dave Ivarie, Garth and Mary Huser, and Pam Dougherty, all of Bakersfield, along with grandchildren, great-grandchildren, four brothers, other relatives and friends, and his SunBird partner Karlene Garn.

Melvin was a very active bridge player and was in charge of several bridge groups at SunBird. Bridge players appreciated his attention to detail and making the game enjoyable for players. He will be missed. 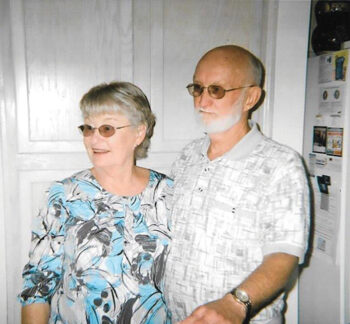 Sharon and Terry Wold used to live on Sawgrass Court. They came to SunBird in December of 2003 after traveling to most of the U.S. states in an RV. The family included three sons and two daughters, then all adults and living up north. They had family and friends visiting in the winter months, and they would return the pleasure by visiting up north during the hot summer months.

Both were terrific bridge players taking part in weekly bridge, marathon bridge, the Gala, couples bridge, friendly foursomes, and holiday bridge parties. Terry was solemn while engaging in a bridge contract, while Sharon was competitive and daring. Terry also golfed. Sharon attended her Monday evening get-togethers with the ladies on Kerby Farms Road.

They lived here until May of 2017. With both having health problems, they moved closer to some of the family in Plymouth, Minn. They still returned to SunBird and rented a place during the winter months in 2018, 2019, and 2020. In 2019, Sharon began a fight with breast cancer and continued chemo treatments while in Chandler. However, the cancer traveled to her lungs. Sharon passed away surrounded by family on Aug. 5, 2020. Terry remains near family in Minnesota. We’re still missing these two delightful characters.