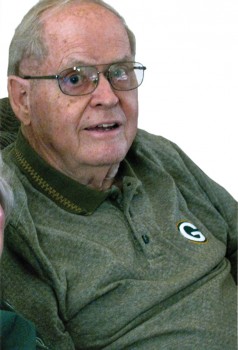 Tom Heppe’s family sends special thanks for your support at his memorial.

Tom’s treatments over five years to delay leukemia began to fail in February. He just got weaker. He had no pain.

All four of our children live here and three grandchildren. Tom was so devoted to our blended family. His daughter Diane and husband Paul, daughter Linda, my daughter Jody and husband Andy and son Tristan, my son Jay and wife Anne and son Casey and daughter Chelsea.

Our family appreciates the support shown by SunBird residents and thank you sincerely for your tribute to Tom on Friday, May 1. I thank you for your kind words on your cards.

One of the most difficult things to write is something about someone you love when they are taken from us way too early. Lori Littrell, beloved daughter of Norm and Doris, cherished mother of Damon, precious sister of Bob and wonderful friend to so many, passed into God’s loving hands on Sunday, April 26, 2015.

Lori began working in SunBird as a bartender in the Horizon Room in 2009. Everyone immediately admired her for her smile and appreciated her great personality. Soon she moved in the HOA office as receptionist and shortly thereafter she was promoted to the position of Community Administrator.

Lori loved her life and demonstrated that daily by her generous smile, her amazing strength and her loving heart. She was dedicated to making the world a better place by helping others and loving her family. Her astounding tenacity, her fervent faithfulness, her courageous spirit and her sheer willpower never diminished through it all.

We will miss you, Lori, because we loved you so very much, but know that we will see you smile once again when we, too, shall meet on that beautiful shore. 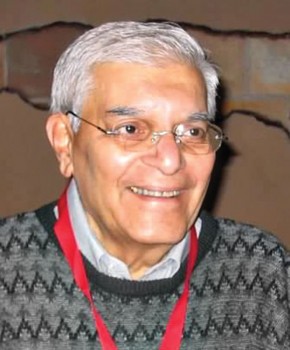 “Jho” left Bombay to study engineering at the University of Wisconsin. He became the first family member to work in America when he joined Allen-Bradley as a plant engineer upon graduation. After briefly returning to India to marry Nusrat, he settled in Brookfield, Wisconsin, where he held an open door for all friends, neighbors, and relatives.

He enjoyed learning about the world around him through current events, conversation, and travel. He became well regarded for his intellectual debates and for helping others through difficult times and dispensing advice, as needed.

Eventually he grew tired of the snow and bought a house in SunBird in 2002. In Arizona, he made new friends and used the community’s stained glass and water color classes to discover his artistic side.

Although Jhoma will be lovingly remembered by those he leaves behind, we hope this is a chance for him to reunite with other loved ones, including his parents and older siblings. Jhoma was laid to rest at Phoenix Memorial Park. Remembrances can be made in person or online.

Norm and Shirley moved to SunBird in 1991 from Washington State for the winters and eventually made it their year-round home. Norm will be remembered for his jovial personality, handyman skills and love of flowers. SunBirders enjoyed the profusion of color displayed every winter in their front yard.

You will be missed, Norm. Rest in peace.

Dee Strosnider was born Dolores Jane Dalke on April 22, 1930. Proud parents, Ben and Mamie Dalke, welcomed the third of four children into their home in Hillsboro, Kansas. While in high school, Dee was very active. She excelled in her studies, played baritone in the high school band, and served as the Hillsboro Trojans drum major for four years. She was a talented artist and pursued her craft throughout her life.

Dee was married to her first husband, Gene Vogt, in 1950. They had two children, Kelly Vogt and Nanci Vogt Shively, during their 26 years of marriage. In her early years, Dee obtained both a Bachelor’s in English and Art and a Master’s Degree in Special Education, dedicating her life to our education system for 46 years. She was joined in marriage to Wm. (Bill) Strosnider on December 27, 1983 in McPherson, Kansas. Bill and Dee lived in Mulvane, Kansas, and then moved to Austin, Texas, in 1985. They left Texas for Arizona in 2003, but the love of that great state remained with them forever. The move to the Phoenix, Arizona, area was initiated by their desire to be close to their children and grandchildren.

As a retired couple, both enjoyed golf, dancing and community life at SunBird active senior living area. Bill left this earth in April 2012, leaving Dee unable to reside alone. She moved to a unit at Brookdale Chandler Regional Assisted Living and remained active with bingo, church and art.