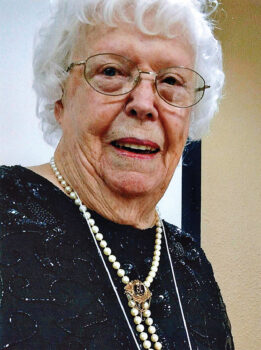 A longtime resident of SunBird, Ingrid Haegele Billinger, age 94, passed away on Jan. 30, 2021. Ingrid was born in Schliersee, Bavaria, Germany, on Jan. 24, 1927. As a young girl, Ingrid trained in Germany as a professional photographer.

In 1948, Ingrid immigrated to the U.S. and settled in Bristol, Conn., where she continued to work as a photographer. Later in her life, she enrolled in nursing school and spent most of her nursing career in a hospital newborn nursery.

Years later, an offer as a housekeeper motivated her to move to Carmel, Calif., where she married Leo Billinger. After his death some 30 years ago, she relocated to SunBird, Ariz., starting another phase of her long life.

Many of us who were privileged to know Ingrid remember her stories of her life in Germany. She had a great love for classical and operatic music (her father was a musician). She loved German food from the German Sausage Store, and strudel from the Old Heidelberg Bakery in Phoenix.

Ingrid remained fiercely loyal to her Bavarian heritage, but above all, she was proud to be an American citizen.

Here in SunBird, Ingrid loved her home. Each year, an owl family visited her patio and took daily baths in her fountain. Ingrid was also adopted by a pregnant black cat she named Morley. They were great friends for many years.

Ingrid played Hand and Foot with her many friends and was one of the founding members of the SunBird German Club, where she enjoyed dressing in her Bavarian dirndls, looking like a true Bavarian princess.

She is survived by two nieces and one nephew: Linda Gregg of New Mexico, Ingrid Craven of Oklahoma, and Harold Bashaw of Oregon; and one brother, Rudy Haegele of Bavaria, Germany. Preceding Ingrid in death were her parents, spouse, two brothers, and one sister.

You will be deeply missed, Dear Ingrid, by your family and many friends. 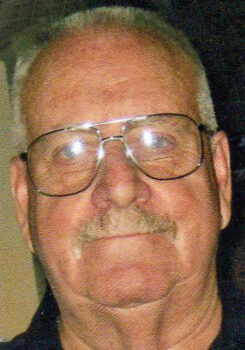 Earl was an electrician all his life, and after moving to Arizona in 1979, he worked for the State of Arizona and the City of Mesa, before retiring in 1995.

Earl had been a resident of SunBird for the past five years and of Sun Lakes for 15 years prior. Before that, he had resided in family communities in Chandler. 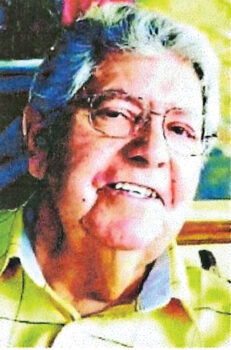 At a young age, Ray and his family moved to Casper, Wyo. Ray attended school in Casper and graduated from Natrona County High School where he enjoyed gaining new knowledge and participating in numerous sports. While attending NCHS, Ray met the love of his life, Kathryn Louise Hornecker. The two married in 1954. Ray and Kathryn eventually moved to Ft. Bragg, N.C., where Ray proudly served in the U.S. Army. One of his favorite things to do while at Ft. Bragg was jumping out of airplanes. Throughout the majority of his life, Ray resided in Casper, Wyo., while he and Kathryn raised four children. During this time, Ray worked in several different industries and started various businesses. After Kathryn retired from being a school social worker, she and Ray moved to Chandler, Ariz.

In addition to being a loving husband and a proud patriot, Ray was an exceptional father, an incredible grandfather, and an amazing friend to those lucky enough to have known him. Overall, Ray was an extraordinary human being who exhibited strong work ethic, determination, an abundance of knowledge, and kindness to all. He will forever be greatly missed!

Due to COVID, services will be held at a later date. 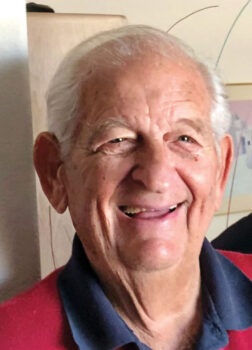 Walter E. Ware, resident of Chandler, Ariz., and Colorado Springs, Colo., passed away at his home in Chandler on Feb. 4, 2021. He was 87 years old. Walt grew up in Miami, Fla., and graduated from the United States Naval Academy. After graduation, he took his commission in the United States Air Force, where he served as an instructor and research scientist at the United States Air Force Academy in Colorado. After his service to the military, he led numerous scientific studies for several defense contractors in Colorado Springs.

Walt married the love of his life, Ann Schindel, in 1955, and they had recently celebrated 65 years of marriage. He was preceded in death by Ann in late 2020, his mother Vermelle and father Walter Sr., sister Jerry and nephew Bobby. He is survived by three children: Lynn (Tim), Steve (Gayle), and Barbie (Jim); five grandchildren: Jim, Jennifer, Kent, Matthew, and Stephanie; two great-grandchildren: Rachel and Amelia; and niece Jackie.

In addition to a successful business career, Walt lived a full life outside the office with his family and friends. He loved camping, boating, water skiing, motorcycle riding, fixing cars, house projects, golfing, and bridge. He took the family on many memorable vacations to Lake Powell, Flaming Gorge, Disney World, numerous Colorado lakes, Colorado ski areas, and several trips to Alaska and cruising with Ann. His weekends were always full of fun and excitement for his family. He was always there to help with the numerous homework questions or to fix cars/motorcycles and to give his famous “star lectures” while sitting around the campfire. Those were epic!

In retirement, Walt and Ann led the typical snowbird life and traveled between Arizona and Colorado for many years. They loved visiting their kids and grandkids and enjoyed playing golf and bridge at SunBird.

His family was his top priority, and he led a life that made his family proud. He was the ultimate provider, husband, and father/grandfather/great-grandfather.

There will be a private, family ceremony and burial in Arizona. In lieu flowers, please consider a donation to a charity of your choice. 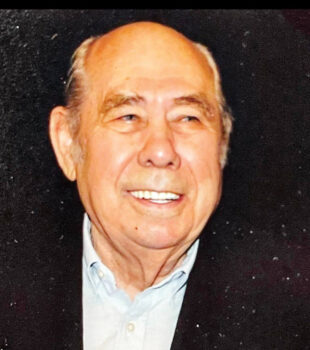 Larry was born on Oct. 3, 1939, in Cudahy, Wisc., to the late Casimir and Anna Wroblewski. He graduated from Cudahy High School and went on to join the U.S. Navy, where he received an honorable discharge in February of 1963.

Larry loved playing the guitar and bass with his band at nightclubs when he wasn’t driving a truck for Coca-Cola. It was at one of these clubs that he met the love of his life and best friend, Goldia “Clarice” Wroblewski, and they later married on Nov. 23, 1963.

In 1974 Larry moved his family to Colorado, where he eventually landed his forever job as a truck driver with Jack Cooper Transport, and when Jack Cooper transferred to Kansas in 1981, they moved again to the Kansas City North, Mo., area when he retired in 2001. With all the kids out of the house and starting their own families, Larry and Clarice moved to SunBird Golf Resort in Chandler, Ariz., to enjoy warmer winter weather.

Larry loved retirement life in Chandler, loved golfing, and joined a new band at SunBird called the Bandits. He often reminisced about the good old times when he played music with Danny Darren and Justin Tubb, the many dogs they adopted over the years, all the places he got to see while driving a truck, and just loving life. Larry always had a smile on his face and was a friend to everyone. He will be missed by many.

In addition to his parents, Larry is predeceased by his loving wife Goldia “Clarice” Wroblewski, a son Stanley Yates, and a grandson Casimir Lawrence Foster.

A memorial to celebrate Larry and Clarice’s life was held on Feb. 11, 2021, on the back patio of the home they shared together.