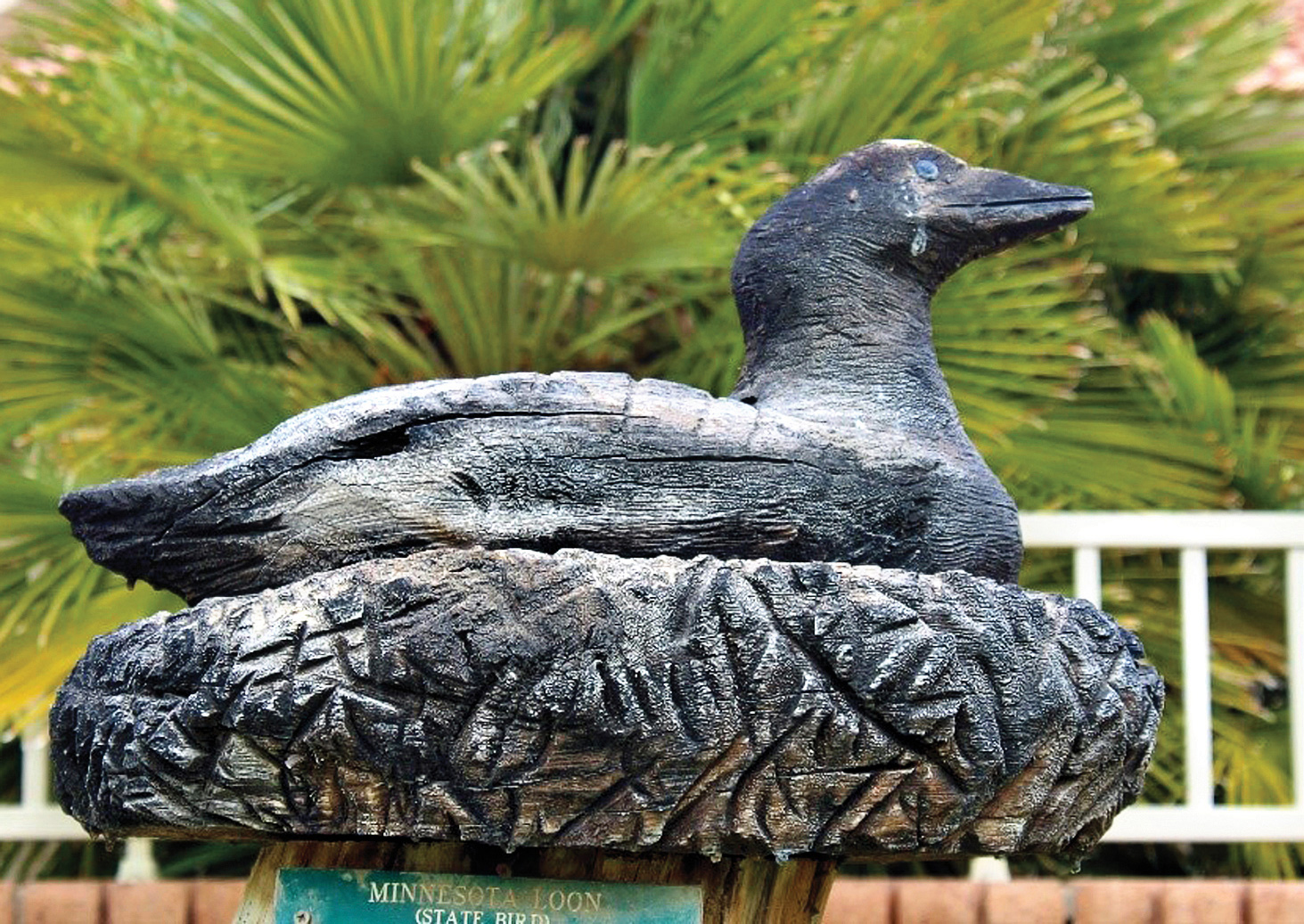 In 2021, we are showcasing the Golf Course carvings by highlighting a carving (or two) each month. Let us start with the history. In 2006, Leo Buries, our golf course manager, was left with dead and downed trees from the monsoon season. Rather than pay for the removal of the stumps, “Chainsaw Bob” Jordan, rumored to be a homeless man living in his vehicle, was commissioned to do the carvings. Chainsaw Bob had been selling his artwork along Riggs Road near the course and has long since passed away.

The “Coyote” and the “Minnesota Loon” are located to the side of hole 6 teeing ground.