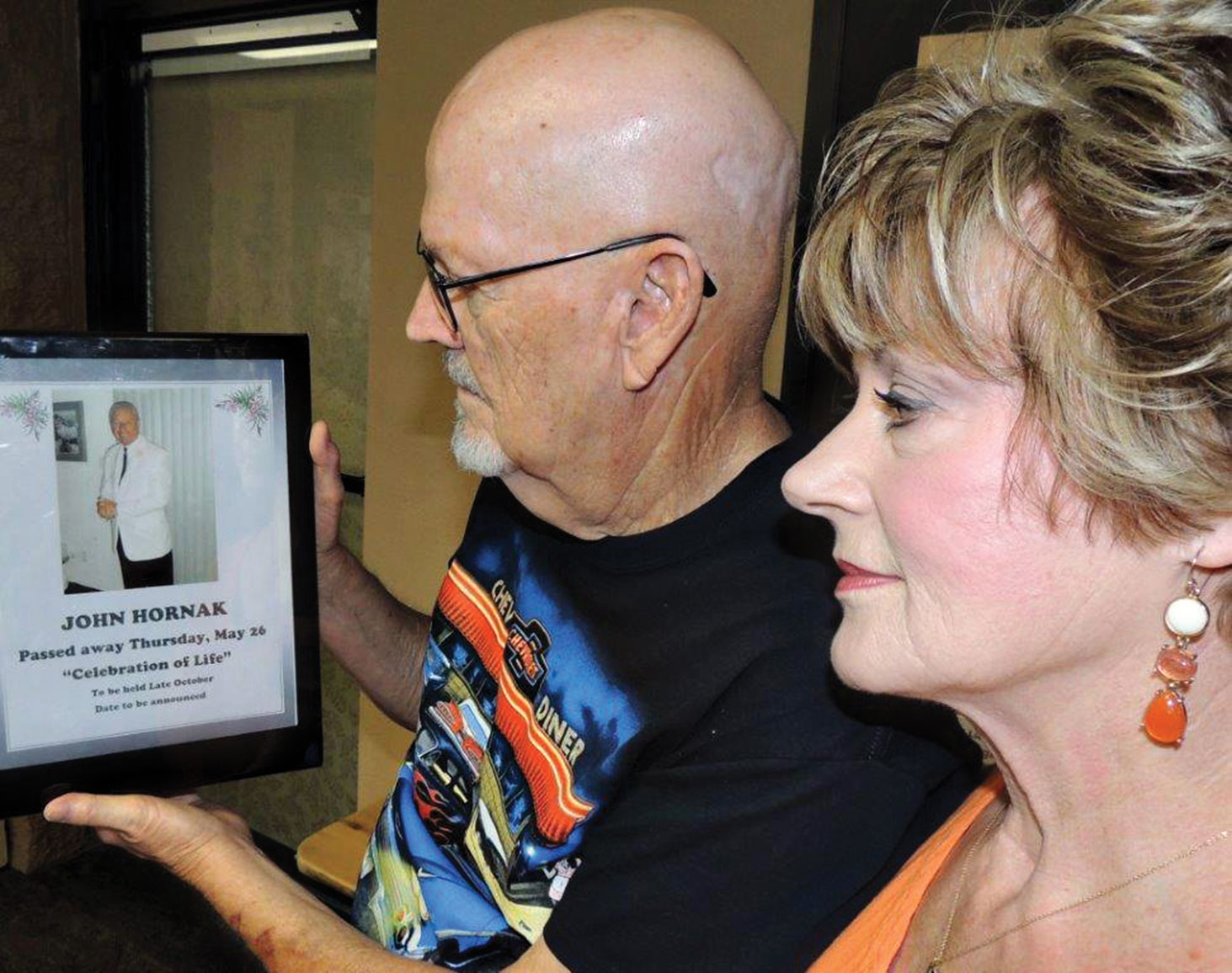 As we walk through the quiet ballroom to the deserted stage, we catch a glimpse of John’s face in the photo we are holding. The morning light has given us a moment to peruse his wonderful face, his gentle eyes, his knowing smile and we smile back at the man we grew to know as a quiet, proud colleague with the soft melodious voice and the kind heart. We are remembering Dr. John Hornak.

You see, John Hornak was a gracious, humble man, highly educated, tremendously versatile and beautifully proud. He had earned multitudes of degrees and awards in the fields of engineering and then its antithesis religion. He never bragged, boasted, or yearned for the spotlight, he just tolerated it when it happened and it did. John never denied anyone the gift of himself because if he was needed he was there, never complaining, never slighting the team or the audience.

John loved to perform and perform he did! In the early years of the Sunbird Country Club variety shows, John would be the first to step up and step out, although he never thought he could he did, and did it well. He explored his lovely baritone voice and tried it out in every show, and in every venue. He sang for years in his church choir also. Nothing could stop his determination to do a job and do it just right, even if was just one of his many hobbies. Early on, John fell in love and fell hard for a perky, cute, talented lady who was to be his helpmate, support system, and singing/comedic partner for the next decade of his life, and he was proud of that… and gratefully amazed at God’s goodness. John, you see, was a man of faith and always believed Pat Thomas was chosen for him by God, Himself.

John Hornak had a lovely shy yet deeply sensitive side also. His eyes told the story of his sweet heart so many times when a moment in a show, on stage, would move him. He cherished the old gospel songs and especially loved the gospel shows for which he always volunteered his heart and talent. The country western venues delighted him and he would sing and dance for each as long as Pat was right there with him. Wearing whatever the show called for, John would always look the part, act the part, sing the part, and giggle all the way through it. As a matter of fact, we all loved doing shows with John because we knew everything would be just fine; he would tell us so and we believed him.

Seeing John’s face today in the morning light, we feel sure, is God’s way of showing us once again, that John is right here with us, smiling, softly talking to us, lifting our spirits, and helping us plan for another season, another show, another gift to SunBird Country Club because he is a gift. He is here, our Dr. John Hornak, standing here with so many other talented ones who have passed through God’s doors. “The show must go on”, he whispers, because me and Edna Leddy and Lori, and all the others we all want that. We are right here with you. SunBird is our earthly home, but heaven is where we all live now, so break a leg. We’re counting on you to go on with the show. And remember, I did it my way!”