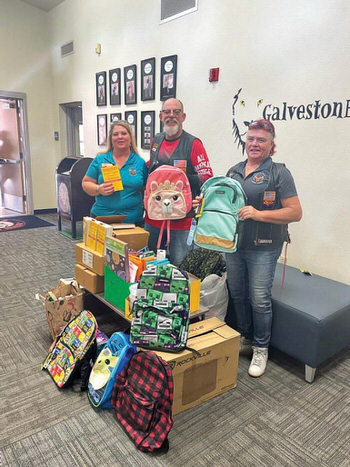 Starting in July, the Chandler Elks Rides began raising money by selling $10 50/50 tickets with a chance to win $1,500. The proceeds of the raffle ($1,500) help the children of the Chandler community by donating $1,500 to three Title 1 schools in Chandler. In addition, a collection box was placed in the lobby of the Chandler Elks Lodge where members and their guests could contribute by donating supplies. The Elks lodge hosted an event for another motorcycle club whose members donated an additional $300. The estimated value of the school supplies donated is approximately $3,000.

Chandler Elks #2429 is a private club. Membership has two requirements to join: You must be an American citizen who believes in God. For more information, contact Terry Mickelson at 602-448-1027 or [email protected] Website: chandlerelks.com