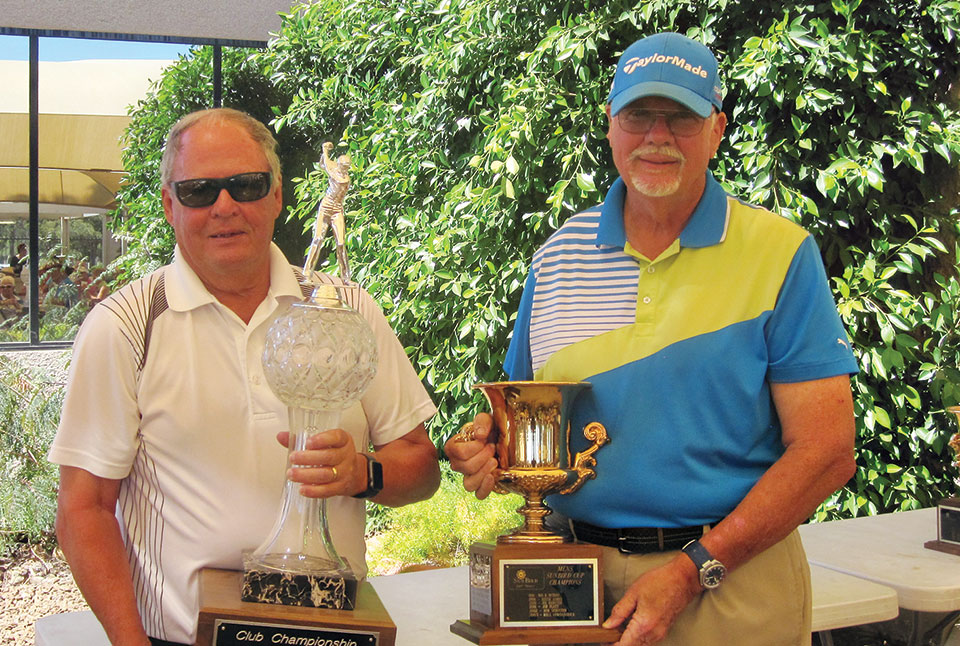 This year’s SunBird Cup was played on March 16 and 23. The field was divided into five flights according to handicap. The player with the lowest two-week net score was declared the winner. This year’s champion is Bob Johns whose two-week net scores were 59 and 57 for a total of 116. Congratulations to Bob on two great rounds. Individual flight winners were Flight 1: Fred Nixon at 120, Flight 2: Laverne Schaffer at 124, Flight 3: Vince Budinas at 122, Flight 4: John Campbell at 118 and Flight 5: John Valentine at 121.

The month of March also saw the annual Ladies Golf Association and Men’s Golf Association mixed scramble and patio awards luncheon which was held on March 30. In this event, teams were made up of men and women. The format was step aside scramble. Due to the uneven number of players from each association, there were a few teams that were uneven with respect to the number from each association. In fact, the winning team with a score of 56 was the team of Wes Akerman, John Campbell and Gordon Olson. Finishing second was the team of Dale Stokke, Frank Robertson, Lore Schaefer and Steve Cockrell at 58. Five teams tied for second at 61, and four teams tied for third at 62 – a very close contest!

Following the play, a lunch was served by the Horizon Room, and both associations presented season-ending awards to members of their respective groups. On the men’s side, the winners of the Club Championship and the SunBird Cup, mentioned above, were presented with their awards.