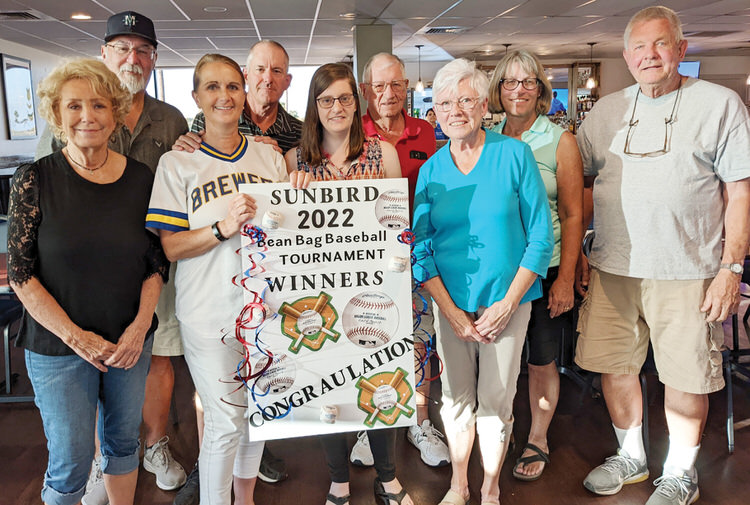 The Bean Bag Baseball winter season has come to an end after a fun and exciting season of play!

Quarterfinals were held on the patio on Wednesday, March 16, with eight teams participating in rivalrous games. Teams cheered one another on in good sport. Pizza and other treats were shared, and the teammates had a wonderful day! At the end of the tourney, only four teams remained: The Benchwarmers, The Youngbirds, The Sharks, and The Vollers.

The semifinals started at 4 p.m. in the Horizon Room on Wednesday, March 30. All four teams were pumped up, and competition was fierce! However, only two teams remained on top to participate in the next round, the finals. These teams were The Benchwarmers and The Youngbirds.

The finals started at 5 p.m. People cheered on their favorites. Both teams competed with fun and good humor, but in the end, The Youngbirds ended up victorious with a final score of 38-16.

All of the fun of Bean Bag Baseball is set up by our leader Mary Beth Kosiba! She has done a wonderful job of organizing for the past several years. She plans to continue the fun, with a new league starting in the summer months. If you are interested in starting a team or simply want to join a team, contact Mary Beth at her email [email protected]

You will find upcoming dates and times in the SunBird eblast as we get closer to the summer months.