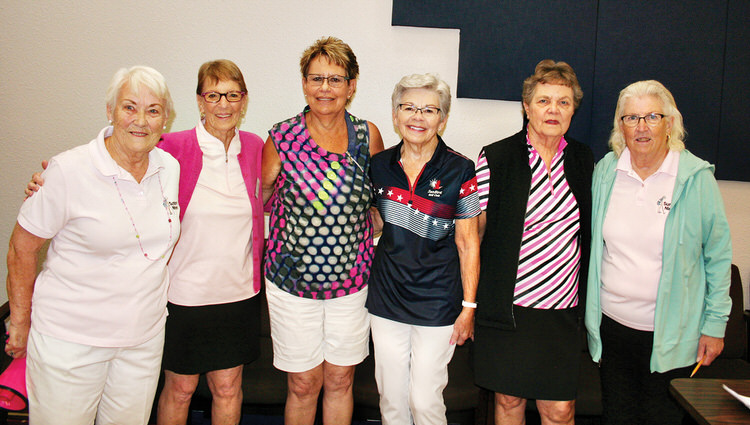 The Niners resumed their Gals and Pals annual tournament on March 22 after a year off due to COVID-19. Barbara Edwards did an excellent job of organizing the event. It was a very fun tournament with a lot of comradery. The tournament was a scramble, and everyone was to mark down the number of times they hit a ball into the water and into a sand trap. A prize was given to the golfers with the most of those hits. It was nice to have a prize for that, since we all know how it feels to land there.

The winners of the tournament were as follows:

Back Nine: Lynette Martens and Paul Oliver/Connie and Ted Weekly

There were also eight money prizes given out for Closest to the Pin and Longest Putt. We sold $239 worth of raffle tickets, and there were so many nice gifts raffled off that everyone at my table won a gift. Everyone also got a free chance to win gifts by filling out their name, which was placed in a jar for the drawing. Some of the gifts were bottles of wine, golf ball drying towels, golf balls, jewelry, markers, decorator pillows, and on and on. Afterwards, Horizon Room Manager Joe Turley served up delicious pulled pork sandwiches, potato salad, and apple crisp. So, if any of you Niners didn’t attend this year, don’t miss out on the fun next year; join us.